There there it’s their their 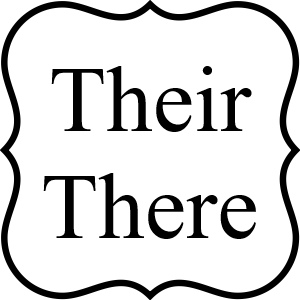 When I was at junior school I had a teacher (Mr Leamon) who got rather annoyed if we mixed up our spelling of “there” and “their”.

When one of us got it wrong he would stand over the offender and say in a slightly menacing way,
“There is, there are, there was, there were, T H E R E.
Their coats, their hats, their gloves, their scarves T H E I R”.

I was recently telling a friend about what happened and mentioned that nobody I’ve recounted the story to has ever heard Mr Leamon’s learning aid. I have not found any other reference to it. Maybe he made it up? So, I thought I’d give it an airing via this blog.

However, that’s not all. Although I know exactly when to use “their” or “there” I have occasionally typed or written the wrong one and other people have told me they have done the same. Why? The answer came just a few years ago.

If you are thinking in terms of spoken words and writing them down you can easily write down the wrong word. The ironic thing is that having two different spelling helps remove any ambiguity when the words are written down but then causes a different kind of problem.
So the people who thought it was a good idea to have two spellings and introduced “their” had a point. Don’t worry about it. Or, you could just say “There there it’s their their”.

And finally if you haven’t heard it before, and you have kids take a look at One-one-was-a-race-horse.

Networking is a feature not a benefit
The WD40 Rule